As explained in the page on the history of light therapy, Colour Light has been applied for thousands of years for treatment of diseases and disorders. After a break during the Industrial Revolution it again found its way into healing in the 20th century. However a lot has changed in the last decades: light therapy is no longer a mystery. A vast field of rational science has emerged, which fully supports the principles of Colour Light therapy and is capable of explaining its miraculous results!

Albert Einstein was one of the first scientists, to show that light, even in small quantities, has a significant influence on solid matter. He proved that light waves (photons) caused a flood of electrons to detach  from metal exposed to light.

After Einstein other researchers confirmed his observation and went  on to demonstrate that when an electron absorbs a photon (light wave), it moves into a faster orbit with a higher frequency. Conversely, if electrons release photons they revert to a slower orbit with a lower frequency.

In the 80’s Nobel laureate, German biophysicist Fritz-Albert Popp demonstrated that humans are beings of light and showed that all natural organisms transmit light at cellular levels. Organic life forms absorb and process light which forms the basis for all communication between the cells.

Further support for this was gained in the late 80’s by the scientific team led by Russian Professor Kaznecheyev. The team 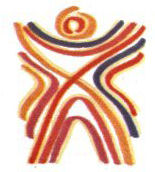 proved that the human body contains channels of light, which run parallel to the twelve meridians of TCM (Traditional Chinese Medicine). They also showed that the acupuncture points absorb light.

The meridians form an information transportation system around the body using light waves, in much the same way as optic fibres of modern telecommunication transmit information around the world.

This was also shown by another research project by Peter Mandel in cooperation with Dr. Helmut Schimmel. With sophisticated diagnostic instruments they showed an energy pulse being sent via the meridians when coloured light was administered to the surface of the body on acupuncture points. The energy pulse had a significant influence on organs and endocrine glands far away and deep inside the body. They also noted that each colour generates its own pulse with another impact on the body. Red generates a pulse which stimulates whereas green invites relaxation.

In addition to the light that originates outside the body and is utilised by it, light is also produced inside our body. The “spiritual” community had long held this view, one which has recently received scientific backing. Based on the theoretical models of Dr. Herbert Fröhlich (he calculated that the DNA in cells should deliver a very weak ultra-fine light signal) it was again Dr. Popp, who provided the evidence. Using highly sophisticated cameras, Dr. Popp photographed light emanating from cells. Eventually, Popp's work expanded to video taping groups of living cells. One of his more notable videos depicts two groups of cells, each in their own individual culture mediums, each physically separated from the other by a glass partition. The video clearly shows one group of cells collectively flashing semaphore like messages which in turn brought light responses from the cells across the partition.

Each cell broadcasts messages to its surrounding cells by means of the information encoded in the flashes of light that it regularly transmits. All these signals generate an electromagnetic field (aura or light matrix), which is powerful enough to be felt outside the physical body.

More recently Valerie Hunt of the University of California, Los Angeles has developed specific methods to study this electromagnetic field. She measures the light matrix and has shown that there are chaotic fluctuations days before a disorder reveals itself in the body. Disorders are present outside the physical body as energetic disturbances in the light matrix and can be treated there before they impact on the physical performance.

When a cell divides (mitosis), it emits a bright flash of light. Again at cell death there is a flash of light. Intercellular communication is via light frequency modulation. Together, they generate fields powerful enough to extend far off our body.

These fields not only guide what happens inside our body, but produce an atmosphere around it, continuously in touch with the environment. Inside the body, the cells react to their environment. When these outer fields are muddled and show stress, the reaction of the cells is to isolate themselves from the stressor. In the short term this shows itself as an acute illness. When the stress continues the cells switch to a more permanent chronic reaction, they re-program to survive the stressor. In this state they cease to communicate with the rest of the body.

Although nobody has yet succeeded in decoding the information contained in the flashes of light inside our body, it is clear that there is a meaning, and light is the language of the body.

“We are still on the threshold of fully understanding the complex relationship between light and life, but we can now say, emphatically, that the function of our entire metabolism is dependent on light”.

The remarkable characteristics of UV light

In another field of research, William Douglass, MD, writes of his experience as a medical doctor working with ultra-violet light. In his clinic he commonly destroys bacteria and viruses by radiating blood samples with UV light. He says that UV light has distinct germicidal properties, often more potent than any anti- biotic medicine. Dr. Douglass says that the UV light both kills invading viruses, and simultaneously strengthens the host's immune system to prevent any further infections. Equally remarkable, Dr. Douglass says that UV light has the power to neutralize chemical toxins. He gives many examples of the kinds of toxins that light can render harmless, but it is the snake bite poison stories that will stick in your mind the longest. Rattlesnake, copperhead, cobra......When a southerner was brought to his clinic for a potentially fatal rattlesnake bite, Dr. Douglass used UV light to neutralize the poison within minutes!

The importance of healthy food

In the International Institute for Biophysics (IIB) in Kaiserslautern (Germany) a study of the photon emission in food, cultivated in various manners has been done. The outcome of the research is, that the nutritional value is stipulated by the degree in which the food contains light. Among other things they noted, that the use of fertilizer decreases the light and the nutritional value by 20%. They saw similar effects with oil used to prepare food: the more saturated the oil is, the less light it contains and the less it contributes to health. Meanwhile the IIB have developed an instrument, which measures the light (photon emission) in food.